Abu Dhabi is the largest emirate in the United Arab Emirates. It has 200 islands and a long coastline stretching 700km. Abu Dhabi city in the emirate is the federal capital of the UAE. The three main regions of the emirate are:

In the eastern region, to the south of Al Ain city is Jebel Hafeet, the emirate's highest peak (1,240 metres).

Abu Dhabi has become a centre for world-class sporting events such as: the Abu Dhabi Golf Championship, the prestigious Abu Dhabi Desert Challenge cross-country rally and the Formula One Abu Dhabi Grand Prix.

In addition, the city will soon house the world's largest concentration of premier cultural institutions which will include the Sheikh Zayed National Museum, the Guggenheim Abu Dhabi and Louvre Abu Dhabi.

Abu Dhabi is rich in natural wonders too. While the emirate's famous Liwa oasis in the south of the emirate is home to some of the largest and most beautiful sand dunes in the world, the garden city of Al Ain in the foothills of Jebel Hafeet is home to several heritage sites.

Abu Dhabi is ruled by H. H. Sheikh Khalifa bin Zayed Al Nahyan, who is also the President of the UAE since 3rd November 2004. The ruling Al Nahyan family descends from a sub-section of Bani Yas tribe, known as Al Bu Falah. They originally lived in the Liwa oasis and settled in Abu Dhabi in 1793 where they lived in Qasr Al Hosn for almost two centuries.

Dubai is the second largest emirate.
Dubai city is the capital of the Emirate. It is characterised by the historic creek, which divides the city into:

Dubai has several sandy beaches on its western side, a mangrove at the eastern end of the creek, many deserts in the interior and western regions and wadis in the Hatta region.

H. H. Sheikh Mohammed bin Rashid Al Maktoum, Vice-President and Prime Minister of the UAE and Ruler of Dubai, launched Dubai Plan 2021 in 2014. The plan aims to reinforce Dubai's position as a key player in the global economy and one of the top five centres for trade, logistics, finance and tourism.

Some of the major tourist attractions in the emirate are the wadis of Hatta, the sail-shaped Burj Al Arab hotel, which is also the world's only seven-star hotel and Burj Khalifa, which is the world's tallest skyscraper.

Sharjah is the third largest emirate in the UAE. It is known for its picturesque landscapes and seascapes.

Sharjah is home to the largest number of natural reserves in the UAE.

The emirate has many educational institutions, which ensure a continuous supply of fresh talent armed with the latest knowledge in engineering, science and technology and other skills that support economic growth.

The emirate supports a culture of entrepreneurship and innovation, Expo Centre Sharjah is one of the most popular trade exhibition venues in the region.

Over the years, Sharjah has grown into a centre for arts and culture. Sharjah's cultural scene has flourished under the patronage of H. H. Sheikh Dr. Sultan bin Mohamed Al Qasimi, Member of Supreme Council and Ruler of Sharjah.

Today, Sharjah is home to nearly a quarter of all of the UAE's museums and to popular events such as Sharjah Biennial and Sharjah International Book Fair.

Sharjah is a land with architectural heritage and cultural wealth. It is also known for its various touristic sites, which include historical areas like Heart of Sharjah and modern sites like Al Qasba and Al Majaz waterfront.

Ajman is the smallest of the seven emirates. Ajman has a few sandy beaches but is mainly characterised by the rugged Hajjar mountain range. Although Ajman city is modern and provides up-to-date services and facilities, it reflects its traditional charm.

Ajman Fort is one of the country's historic landmarks. It dates back to the 18th century and shows life in different eras.

The fort has been restored and transformed into a museum. It contains archaeological samples that show people's possessions, industries, traditional professions as well as images from their old social life.

The magical beaches of Ajman with their fresh air, peaceful environment and clean water provide various marine activities that attract many sea lovers.

Some of the major landmarks in Ajman are:

The Al Nuaimi tribe, who migrated to the region around 1775, formed Ajman. The first recognition of Ajman as an autonomous state came in 1820.

Is the fourth largest emirate.


Ras Al Khaimah (RAK) has a rich history. It was renowned for its prosperous port and exquisite pearls, which were the whitest and roundest in the world.

The city of Ras Al Khaimah is the capital of the emirate. A creek divides it into two parts: the western old town - Ras Al Khaimah and the eastern part - Al Nakheel. Other key towns are: Al Jazeerah Al Hamra, Digdagah, Khatt and Masafi. Masafi shares its boundaries with the emirate of Fujairah and is known for its mineral water.

Today, Ras Al Khaimah is reinventing itself as a tourism hub. It is often described as the most scenic of all the emirates because of its diverse landscape consisting of sandy deserts, coastal strips with salt flats areas, mangroves and mountains. There are also sulphur springs near the mountain areas. The emirate is also home to a number of mammals such as foxes and jerboas as well as hundreds of bird species.

Its landmarks vary between old and new. Some of the popular ones are:

The ruling family descends from Al Qawasim tribe which occupied a significant maritime power on the Arabian Coast. Currently, Ras Al Khaimah is ruled by H. H. Sheikh Saud bin Saqr Al Qasimi. He assumed his position on 27 October 2010 after the demise of his father.

Fujairah is the only emirate that is located completely on the eastern coast of the UAE along the Gulf of Oman.

Fujairah is distinguished with its rugged mountains, valleys, waterfalls, oases and wide sandy beaches. It has several hot, cold and mineral springs.

Because of its easterly location, Fujairah's climate is more moderate than that of Abu Dhabi and Dubai. Weekend visitors looking to escape the heat are drawn to Fujairah's relaxed and peaceful atmosphere.

Wadi Al Wurayah waterfalls and Ain Al Madhab Gardens are major touristic attractions. And so are the historic Al Bidya Mosque and the Heritage Village.

Umm Al Quwain is the second smallest and the least populated emirate in the UAE.

The emirate has rich coastal mangroves on the coast of Arabian Gulf and many islands that lie to the east of the mainland. The biggest island, Al Seniah, is home to Arabian gazelles, falcons and turtles.

Umm Al Quwain provides facilities for numerous recreational activities; from sailing to skydiving. Traditional activities such as dhow building and sports such as falconry and camel racing are also popular in the emirate. Dreamland Aqua Park, the UAE's largest water park and resort attracts several visitors.

The ruling family descends from the Al Mualla lineage of the Al Ali tribe, which moved from Seniah Island due to scarce water and established an independent Sheikhdom in Umm Al Quwain.

Umm Al Quwain is ruled by H. H. Sheikh Saud bin Rashid Al Mualla. He became the Ruler and a member of the Supreme Council after the demise of his father H. H. Sheikh Rashid bin Ahmad Al Mualla, the then Ruler of Umm of Quwain on 2 January 2009. 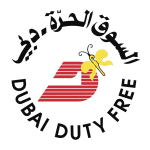 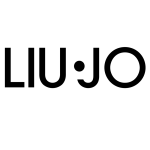 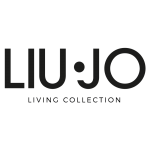